The inspiration for the Deepwater Swarm Probe comes from one of the most fundamental characteristics of being human: the need to discover the unknown. This project aims to shed light on perhaps the darkest place on our planet, the ocean floor, by collecting mass quantities of data for the purpose of research.

Throughout the history of ocean exploration only three people have traveled to the deepest place on this planet, a dark cold void located over 30,000 feet below the Pacific Ocean and called the Mariana Trench. In total, their exploration time at this depth has amassed to only several hours, but what they found—rocky cliffs and new species of underwater creatures—was incredible and left us wanting more. Unfortunately, underwater exploration comes with many challenges:

The Deepwater Swarm Probe presents a simple and relatively inexpensive alternative to these high-tech exploration methods. The probe is a solid, air-free unit that uses gravity to travel to the ocean floor. Once there, the data collection function is triggered and various sensors gather and store temperature and pressure levels (or any other sensors that the user may add). Once data collection is complete, the probe releases its ballast, allowing the lighter upper component containing all the sensors and stored data to float to the surface where it can be retrieved for analysis. How it works:

The main goal of the Deepwater Swarm Probe is to gather mass amounts of data with the hope of providing more clarity on a realm that remains largely undiscovered. By simply dropping multiple underwater probes at the surface of the ocean and choosing different combinations of sensors, scientists can gather data on large sections of the sea floor and use it to conduct research on areas including

The design of our project began with discussion. What abilities would our probe have? Where might we run into problems? Who would use our probe? To better organize our design needs, we separated the probe's performance into four stages:

from there, we started to create design drawings, make material lists, and build fabrication schedules.

Fabrication of the probe began with the outer casing. Originally, we started with a cylindrical shape with the intention of creating a more fluid dynamic probe. To create this, we used the laser cutter to cut out circles, which were then used as a model in the Formech thermoformer. After additional consideration and difficulty removing the disks from the mold, we decided to switch to a rectangular-prism-shaped body, which would maximize usable space to house internal components. However, this method also came with complications. Namely, the corners of the prism caused webbing in the thermoforming process, and, again, we had trouble removing the wood from the mold. Some addition attempts and modifications, such as using drafted sides and a slip of Tyvek paper between the wood and the plastic, led us to our final and most successful thermoform mold. If at first you don't succeed, try, try again.

After this, we 3D printed a lid for the probe case and moved on to creating a mechanism to release the weight on the bottom of the probe. We considered using an electromagnet, but we were unable to obtain one, and the one we created using copper wire wrapped around a bolt wasn't strong enough. This led us to using a servo to move a magnet -- when the servo was triggered, it would move its arm (and hence the magnet), causing the weight on the bottom of the probe to be released.

The programming and circuitry of the probe provided a vital function, allowing the device to take measurements and rise back up after a set amount of time at depth. We iteratively tested each sensor and servo both individually on the Arduino Uno and with a multimeter to ensure it works as expected. We then combined them all and tested the physical weight drop and each sensor reading, as well that we could read them off of the arduino onboard memory.

Throughout the making of the Swarm Probe, we conducted several tests to make sure we were headed in the right direction. These included

This project demonstrates the viability of widespread, low-investment science for the purposes of maximizing available data regarding the under-studied ocean depths. As a functioning prototype, our device serves as a solid foundation from which future probes can build. Those future versions could include a multitude of sensors, both internally and externally mounted to the device and integrated into microelectronics to save space and fabrication resources, a pill-like casing to be accessed by a resealable port for customization and a data cable for non-invasive transfer. Inter-device communication would allow for a data "hive mind" and GPS additions are an inevitable addition for surer location of deployed devices. 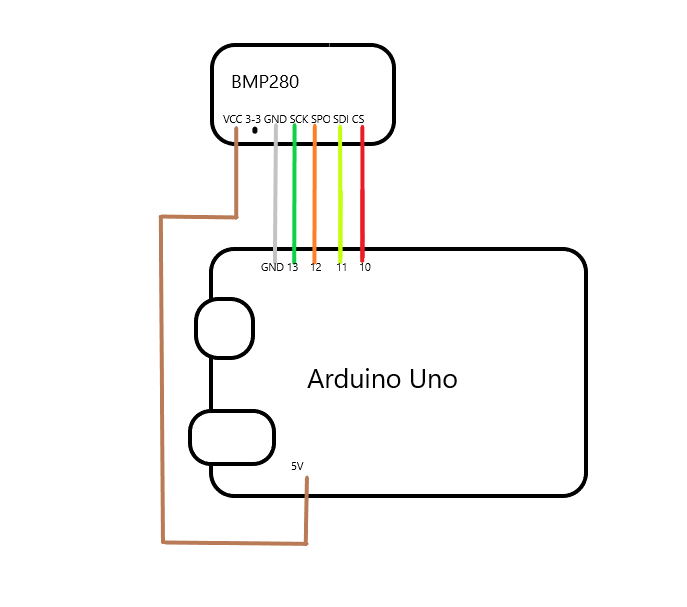