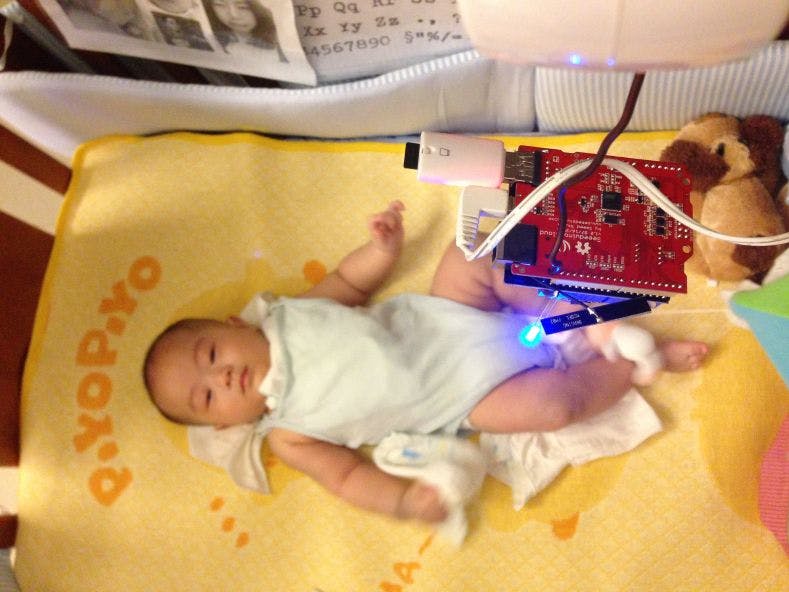 It's a Seeeduino Cloud board carry a Camera Shield. The camera sense the motion and take a picture. There is a Python script running on linux side to process the posting photo to Facebook.

The baby live feed idea lead me to find this reference project: It teach all the instructions to make it happen.

a. It used USB web cam with Arduino Yun, I used Camera Shield with Seeeduino Cloud

3. Build a Facebook upload photo code in Python as a script

4. Download the Python SDK in USB disk and plug in Seeeduino Cloud

The Arduino code is here

The Blue LED turn on to indicate the motion detected, then start taking picture and store photo into USB.

Then you could check sweet baby's live feeds on Facebook no matter where you are.

It's a most natural way to keep connection in this social media century.