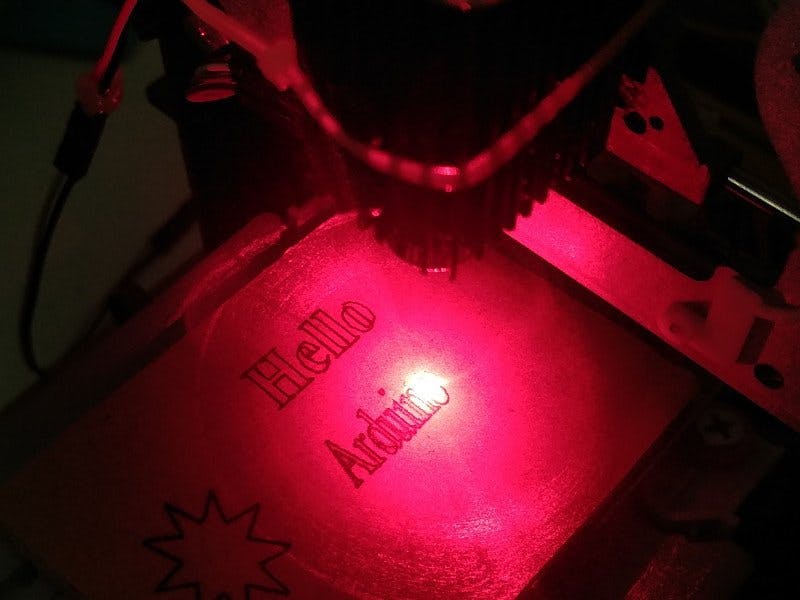 Here I will make a simple laser printer with two CD-ROMs removed from the old desktop computer, The printer uses Arduino as the main controller and GRBL software to control the motion of stepper motor and the work of laser module to print text and patterns on paper, wood and plastics.

Next, the stepper motor drive mechanism is removed from the CD-ROM drive. Here are two cores that have been removed and connected.

Fixed bracket of laser printer is made of tray of CD-ROM and iron shell. This will make full use of these waste materials, which is a very environmentally friendly approach.

Modules to be installed

The X and Y axis stepper motor motion mechanism and laser module are installed on the completed bracket.

Burn the firmware needed in Arduino. First, you need to download the grbl source code, https://github.com/gnea/grbl, then open the Arduino IDE, load the project file grblUpload.ino under examples/grblUpload directory, compile it directly, and download it to Arduino UNO R3 after compiling.

If the burning is successful, the following information will be output in the serial port. The baud rate should be set to 115200.

The next exciting moment is when you can use it to print some of your favorite words or graphics on cardboard, plastic, wood and other materials.

Very funny! In fact, it is quite simple to make a printer by yourself. If you are interested in it, make one as soon as possible. 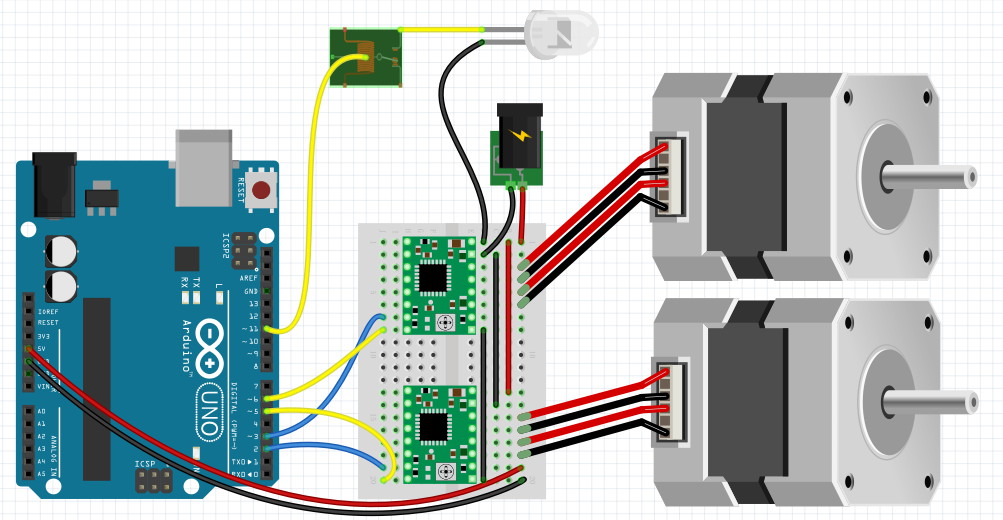