The briefcase that has been thrown in the corner for a long time is covered with dust, and there are traces of dogs stepping on it...

The briefcase that has been thrown in the corner for a long time is covered with dust, and there are traces of dogs stepping on it... 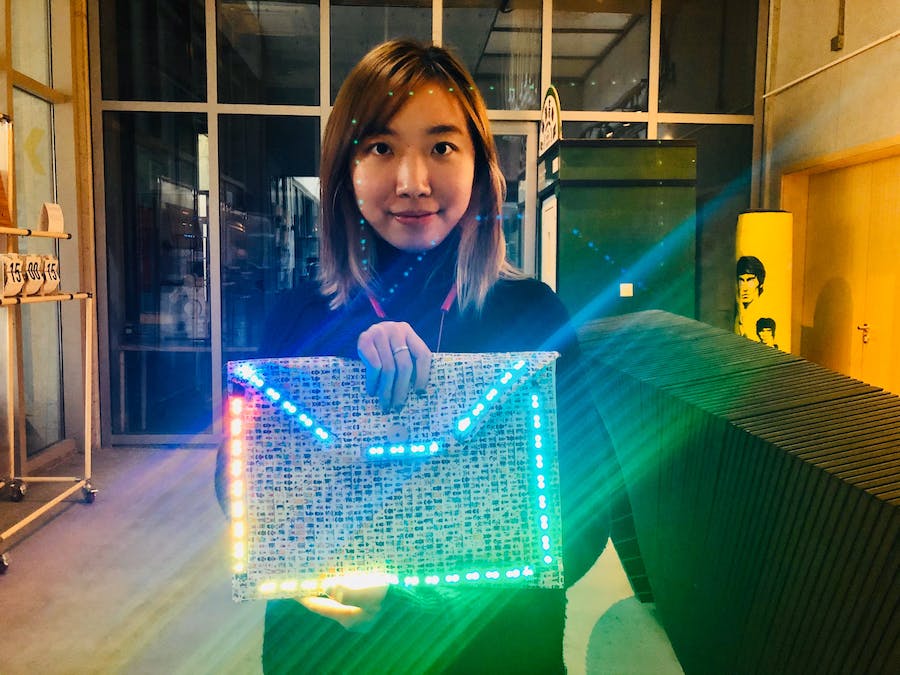 The briefcase that has been thrown in the corner for a long time is covered with dust, and there are traces of dogs stepping on it from time to time.

"I'm not convinced!" The briefcase shot up, and there was arrogance.

"I want to go to a world where the rights are guaranteed and the bags are equal!"

I heard its inner shout. I used a magnetic sensor to make a button similar to a switch. The LED light bar is routed according to the outer frame of the briefcase, achieving a two-dimensional effect.

Once the briefcase was opened, it not only looks spectacular but also turned back to the science fiction mode...

The key is to make a briefcase with LED Strips on so that it lights vividly with actions open and close.

During the work, it took me most of the time to do craft and measure for strips cut.

S1: Light it up and adjust to the supposedlypattern in IDE

I remained 2 cases compared to it had 10 cases. Case 1 in when the bag is closed, while case 2 is when it is opened - it increases brightness in each loop.

Dir_Flag is to control the variable k upon incremental or decremental.

I came across some issues when running it on Arduino IDE. Here are some notes:

1. If you can not find the port on IDE - do try a new micro USB cable.

2. I was using the button as a controller, but then I switched to the magnetic sensor. So I need to delete the PULL_UP by the end of INPUT.

With a hot glue gun, it was easy to install strips on the briefcase and fix those messy cables.

S2: Cut off the strips and paste them in parts

Soldering and fold up wires

By doing such a creature, some used stuff got to light up and become the central controller even. Such as the laser cut trash - made into the buckle, the magnet on whiteboard becomes a switch to trigger the sensor.