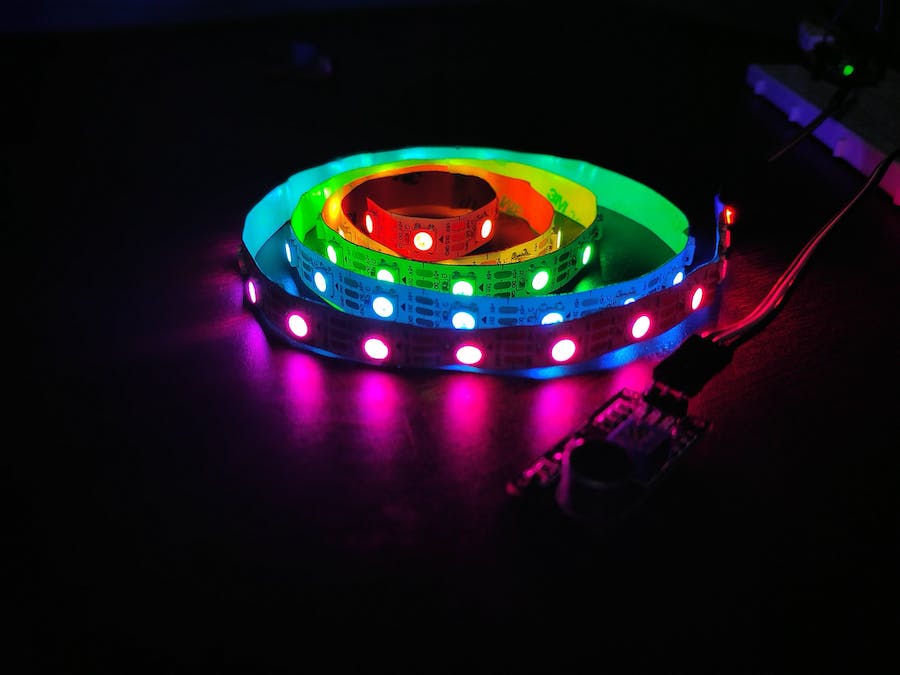 In this project I will be showing you How To Make DIY Music Relative Led Strip Light Using Arduino Nano Let's get started!

You Will Need Some Componenets For Make This Project

In the illustration below you’ll see the difference:On the left a 5050 RGB LED, on the right a WS2812 which combines a 5050 RGB LED with a WS2811 controller.Note how the layout of the “silver” tracks are almost identical in both images, yet the black (IC) block and the tiny wires are different (right).

These are NOT the kind of LED strips we use in this project!

In the illustration below we see first (top) a strip of single color LED’s – typically white, but can be purchased in different colors. The one below that is a multicolor strip (RGB pins are a give away) which allows us to set the color for the entire strip.

On each of these strips you’ll see (from left to right) first the LED as a white block, followed by an SMD resistor as a tiny back block.The examples below require 12V to operate.

The digital strips are the ones we will use in this project.In particular: we will use the WS2812 in our project.

The cool part of a digital strip is that you address each LED individually, making very cool effects easy. Obviously the kind we’d like to use in our projects.

In the illustration below you can see the physical differences between the WS2801 and the WS2811/WS2812 strips.Unlike the analog strips: Most Digital RGB strips operate on 5 Volts!

Now that we have a WS2812 strip, time to hook it up to our Arduino (I used an Arduino UNO for this).

A strip of LED’s will pull way too much power for your Arduino to handle, so always consider an additional 5V power supply.

LED’s, even though they’re called power efficient, do need juice … and for each WS2812 we need up to 60 mA when the 3 LEDs inside are at maximum brightness at 5V.

A switching power supply is often ideal and pretty cheap – you might even have one or the other laying around from your old cellphone, just make sure it’s actually giving you 5 – 6V and not weird voltages like 12V or 16V or even more. Verification with a Voltage meter is recommended.

Arduino Connected to your Computer

Commonly, during testing, your Arduino is connected to your computer via a USB cable where the USB cable does not only program the microcontroller but will also provide power for the Arduino.

Arduino Not connected to your computer

Once you’ve completed your prototyping, you could still keep using your Arduino for controlling the LED strip.

In that case you’d typically have the Arduino in a very different location, and thus not connected to your computer. In that case the extra power supply for the LEDs could be used to feed the Arduino as well. 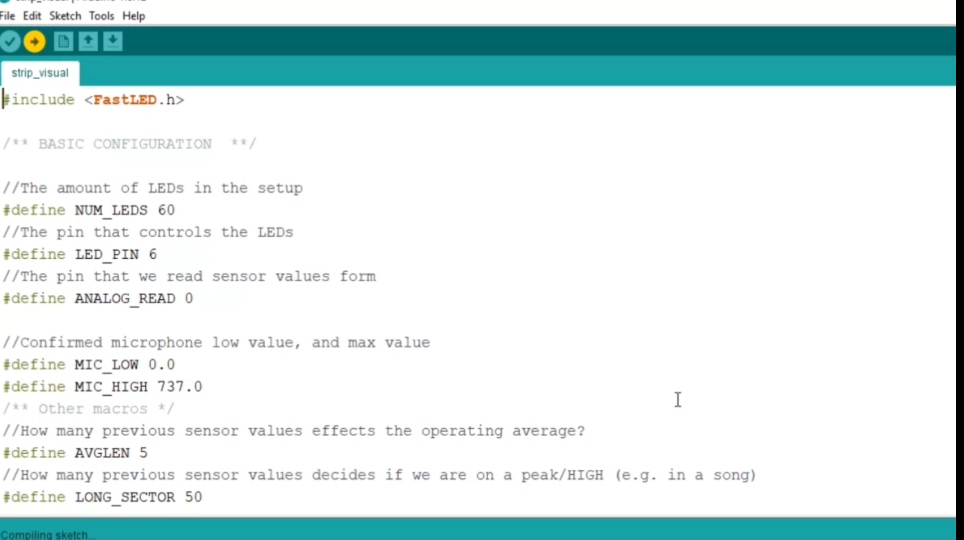