Fade an LED by twisting a dial. A minimal Arduino sketch + Seeed Grove modules get you up and running fast.

Fade an LED by twisting a dial. A minimal Arduino sketch + Seeed Grove modules get you up and running fast. 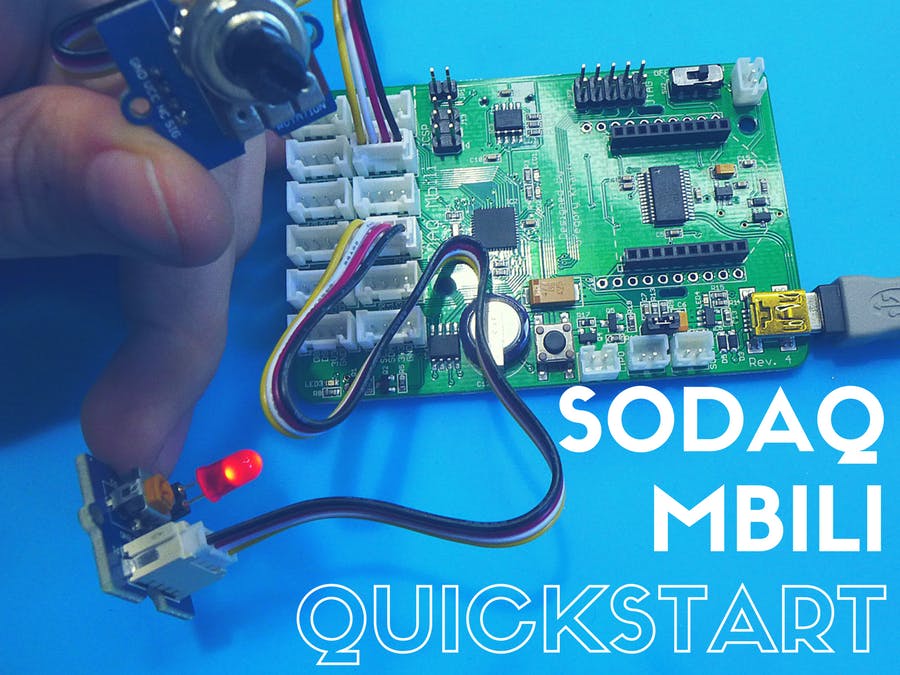 I found an old SODAQ Mbili board and whipped up a demo with a couple of Seeed Grove modules—a potentiometer that dims an LED. The board is discontinued, but if I could happen across one in an old electronics trove, perhaps someone else will too, and I hope they appreciate this. :)

Pretty simple: plug the potentiometer module into socket A0, the LED module into D4, and the whole board into your computer with a USB Mini cable.

The LED didn't light up at first, so I had to turn down that module's variable resistor, by turning the mini knob with a screwdriver.

The Grove connectors on the Mbili are a little confusing, since each is labeled with two pin numbers. Just pick the ones that correspond to these numbers, and you're good.

I had to install the board definitions for the SODAQ boards in Arduino: http://support.sodaq.com/sodaq-one/mbili/

Then, I mashed together code from two Arduino examples – AnalogReadSerial and Fading – with a map() function. The potentiometer gives a 0-1023 value, and the LED takes a 0-255 brightness value, so map() scales the knob output down to match the LED's range.

I also left in the Serial code, which prints the current potentiometer reading to the Arduino IDE's serial monitor.

Check out the full sketch in the Code section below :)

Now, twist the knob, and watch the LED fade brighter and dimmer. Woooooo, SO MUCH FUN

(But seriously, I hope this workflow is easy for you to adapt to whatever other projects you're building. Hack on!)