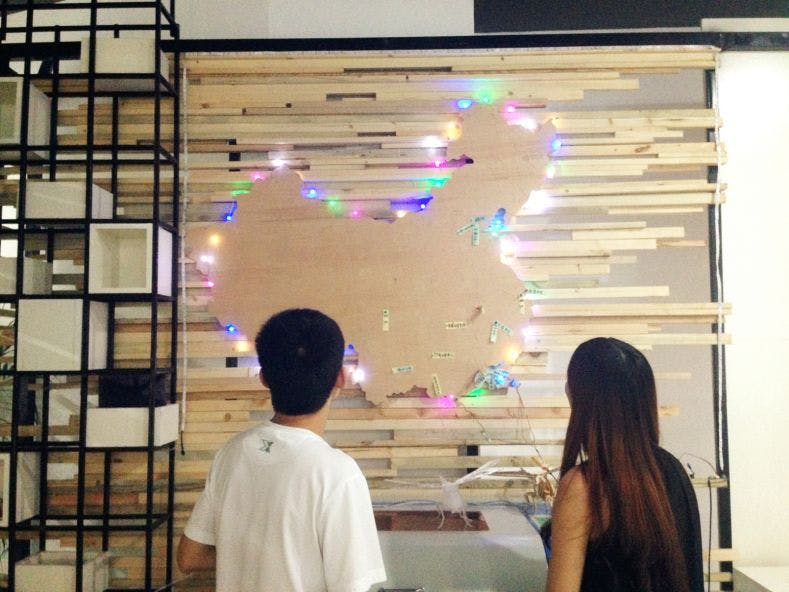 In Seeed's display corner, we have made a charming map of China, telling about the maker spaces in different provinces. This LED light will turn on when people come in front, and automatically turn off after people leave. A small interaction project with PIR motion sensor.

The PIR motion sensor act as a digital input module, so the better way is to cut out a grove wire, and ensure to connect VCC, OUT, GND to VCC, D4, GND. The LED string light is simply connected to D5.

Both the PIR module and LED string module are easy to work with. PIR uses digital 0/1 input, but the LED string we want to implement a breathing light effect, so we need to choose D5 (PWM) port.