We develop mobile air quality sensors for citizens to use to assess their exposure to pollutants from outside air.

We develop mobile air quality sensors for citizens to use to assess their exposure to pollutants from outside air. 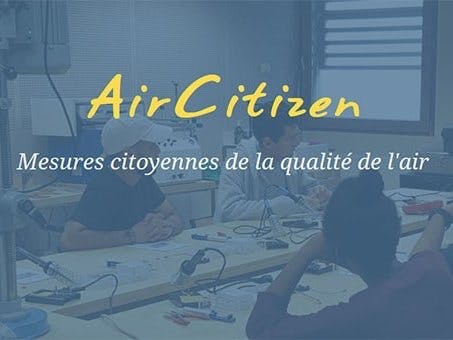 This project consists in developing and setting up a small network of environmental sensors (temperature, relative humidity, pressure, brightness, noise, air quality, etc.) using the LoRa technology. We propose an original, optimized and cheap solution, for a deployment in the city of Saint-Denis (France).

It requires a node and a gateway to send and receive the data from the sensors.

You will find in this tutorial how to build your own LoRa system (node and gateway) and how to deploy your network of environmental sensors.

We have used Eagle to design our LoRa system. It is similar to the LoRa LoRaWAN Gateway - 868MHz Kit with Raspberry Pi 3 but we have retrieves all the unused components (such as the GPS chip on the node).

Find the schematics of the PCB on our GitHub.

Components of the PCB are 0603, so you will need a Reflow Oven to assembly your node and gateway.

The initial LoRa's chip from the LoRaWAN Gateway Kit has been changed to have a better scope.

You will find the BOM for the node and gateway and the stencils on our GitHub.

The ARM Cortex-M0 is not configured out of the factory, so you will have to flash a bootloader on the chip, before using the card as an Arduino. Here is a tutorial to configure the ARM Cortex-M0 :

We have decided to put a bridge on the node to connect all the sensors throught I2C. The bridge is here to make the link between every types of communication to I2C. That will alow modularity with our system.

Here is a tutorial to program in ISP with an ATtiny85 :

You can directly download the codes on the GitHub for the SHT31-Temperature and soil sensor and the Nova PM sensor-Dust sensor.

Connect them on the node with I2C wirings.

All the sensors are configured on a sleep-mode not to use much power. The system will retrieve data every 15 minutes and then get back to the sleep-mode.

We have designed a waterproof enclosure with wires going in for the LiFePo4 battery for the node, and LoRa antenna for the gateway.

Place the gateway and its antenna in height to cover a large area to retrieve the data from the sensors. The gateway is wiring on the sector whereas the node is functionnal thanks to a solar pannel and a battery that can be recharged.

All the data are sent thanks to LoRa.

These data are retrieved and exposed on Grafana, which is a graphical programming interface.