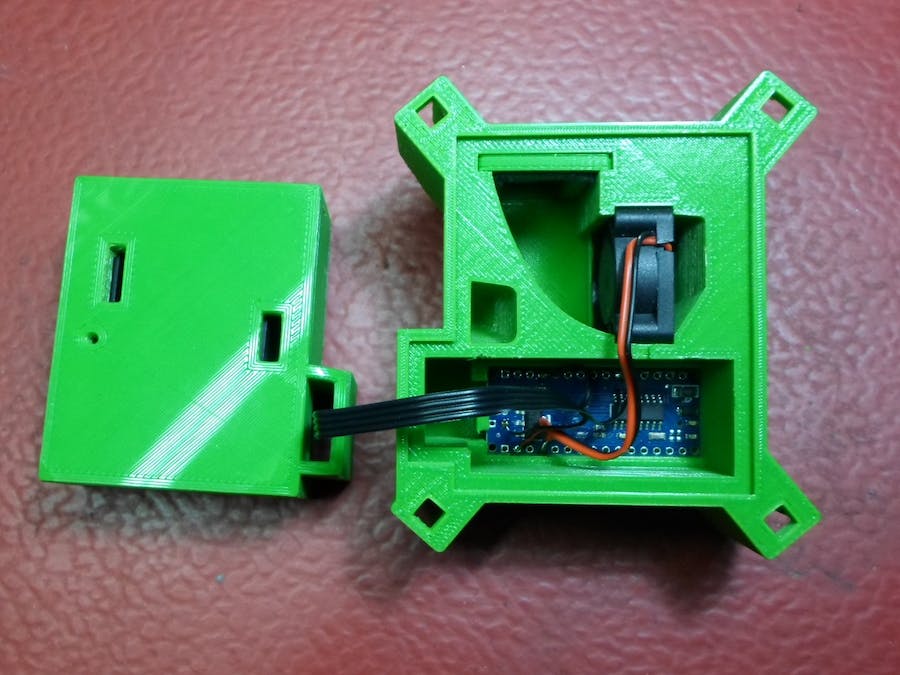 This time I present you another air quality gauge, but now with Shinyei PPD42NS sensor. Like the previous one (DSM501A), this sensor is in the class of cheap particle monitors.

It gives a good indication of the air quality in an environment by measuring the dust concentration. The Particulate Matter level (PM level) in the air is measured by counting the Low Pulse Occupancy time (LPO time) in a given time unit. LPO time is proportional to PM concentration. This sensor can provide reliable data for air purifier systems; it is responsive to PM of diameter 1μm.

In this case, several steps have been taken to increase the accuracy of the reading. According to the instructions on the "nanometrologie.cz" web page I made 3D printed housing which, with the help of a fan, ensures a constant airflow through the sensors.

For this purpose should be made a slight modification of the sensor module. The 100 ohm heat resistor should be removed as shown in thefigure below.

This also drastically reduces the module consumption so that the entire assembly can now be powered through the Arduino USB port.

Schematics for connection of sensor to Arduino & operating software can be

found e.g. on http://wiki.seeedstudio.com/Grove-Dust_Sensor/ (caution: colors of sensor cables vary, therefore always connect the sensor to Arduino according to pin numbers). Operation of sensor embedded in presented system has several advantages due to stable forced gas flow, which can be also determined. This can help to better interpret and quantify results obtained by the sensor.This time the reading is done directly on the Arduino serial monitor, but the code can be easily modified so that the reading of the values are on an LCD monitor (similar to the previous video) or on another output unit. Also, interesting is the possibility of newer versions of Arduino IDE for a graphical display on serial plotter as shown in the video.

And finally, as I announced earlier, I compared the features of the PDD42NS and DSM501A sensor boards with identical software and under equal conditions.I can say that they are basically the same devices made by different manufacturers with very similar features and price. 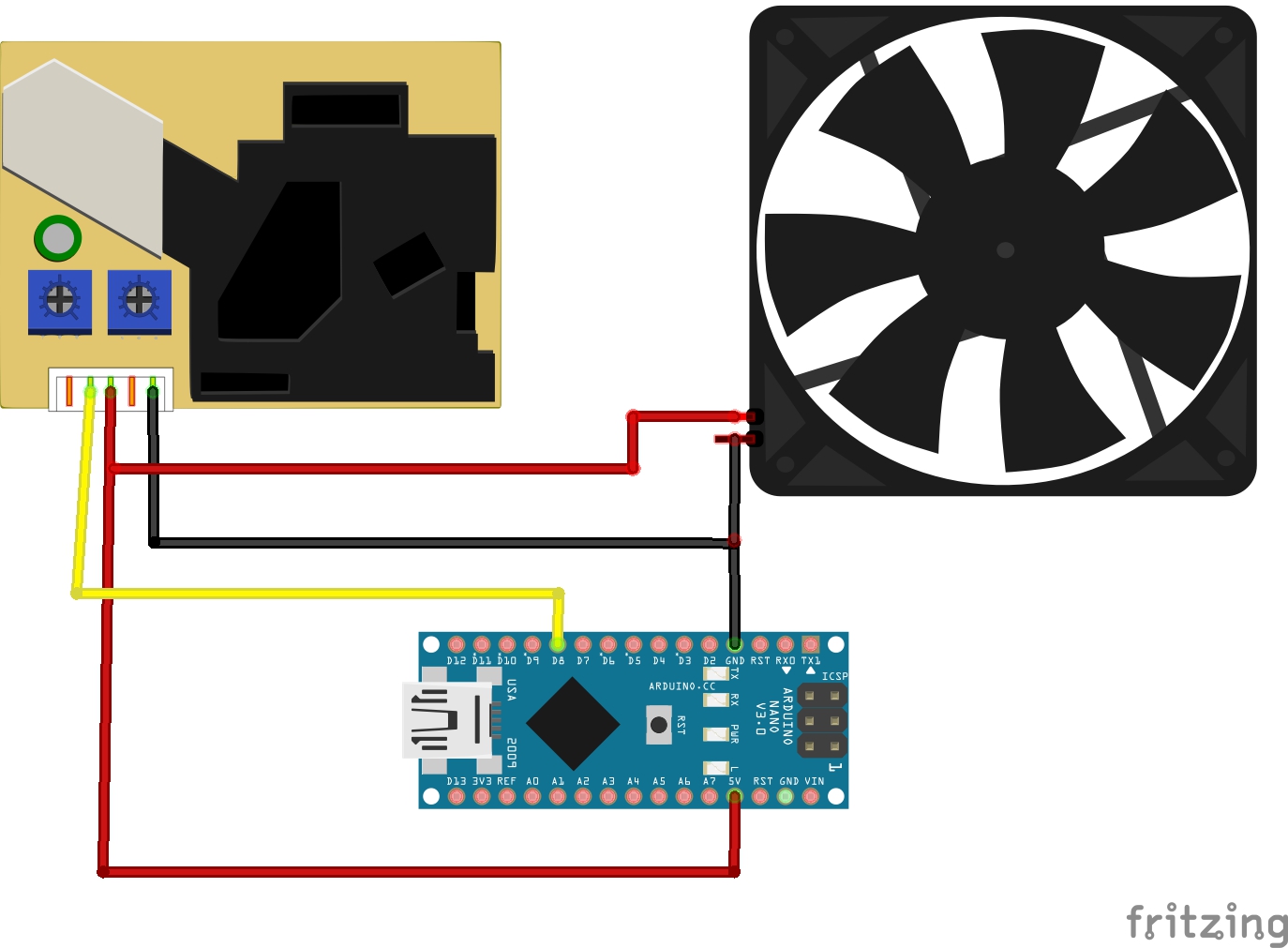